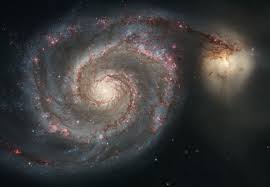 Researchers at Joint Institute of Nuclear Astrophysics Center for Evolution of Elements, part of Michigan State University are trying to find origin of heavy metals like gold, platinum, plutonium and uranium. They are concentrating their research on surface of some of the oldest stars of the universe to see if they can find traces of these metals on their surface. Lead author of the study Benoit Cote says that to understand the base for creation of elements one needs to know how many stars were formed during Big Bang.

Besides creating simulations the team within the new study group focused on old stars and measured their chemical composition to find traces of heavy metals like gold and platinum and others that formed early part of the universe to find out how these heavy metals evolved over a period of time. Cote affirmed that the team is working on different parts of the universe as a study link known as galactic archaeology. The study was conducted as a joint collaboration between Joint Institute for Nuclear Astrophysics Center for Evolution of Elements and the Hungary based Konkoly Observatory. The team’s research details will be presented at Canadian Astronomical Society meeting which is being held at Montreal this week.

2018 was a watershed year for space enthusiasts, as a number of key milestones were

An multinational team of palaeontologists, including members from the University of Bristol, has discovered that