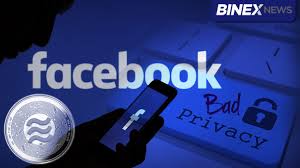 Facebook’s entry into Cryptocurrency has created more headlines than it probably should have created, with one half appreciating the move and the other raising logical concerns. Market wise, Libra has already fetched brilliant results for Facebook drawing investments from a bunch of leading companies. Concerns were mostly raised by the people drawing comparisons or connection between Libra and other cryptocurrencies. That concern too seems to be resting down now as a partner at Binance Labs thinks that Libra will help take the Cryptocurrency sector move forward.

Binance Labs, a venture of Binance, one of the largest Cryptocurrency exchange, stand as one of the leading names in Cryptocurrency analysis. The partner, Teck Chia, stated that Facebook’s Libra is a step forward for cryptocurrency. He pointed out that Facebook’s mammoth reach will help the industry become more recognized in a shorter time. As for the concerns of centralization, Chia stated that they’ll be working together with Facebook to help them ensure that doesn’t happen. Facebook hasn’t had all positives about Libra as the government too is concerned regarding the security. Many within the government believe that Libra can be a threat to national security. This concern still remains though as Facebook has more or less failed to stand tall in terms of security.

Also, earlier last week, Gin Chao stated that they are in talks to start working with Libra officially. Chao said that Binance is looking forward to working with Facebook’s Libra to as much extent as it can. Libra’s arrival is awaited eagerly by the Cryptocurrency market. Many companies started investing in Facebook when Libra was confirmed by the tech giants. Companies like Visa, MasterCard, and even Uber bought stocks in Facebook which gave Facebook a rise in shares after a very long time during which Facebook was only going down in the market.