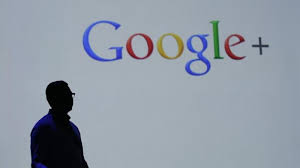 CEO of Google, Sundar Pichai paid a visit to the data center of the Company at Pryor in Oklahoma on Thursday to reveal plans of investing $600 million for expanding its business in the city. In order to do that, Google is to generate 100 new vacancies and extend support to the local schools.

Google has started to work on its data center way back in 2007 and started its operations in 2011. The center at present houses over 4000 full-time employees dedicated to keeping popular services like Gmail, the search engine and YouTube moving.

While speaking to Poppy Harlow of CNN Business, Pichai told that this is Google’s largest data center as they together took a stroll through the facility. He also stated the millions and millions of searches, including the driving directions in maps are returned to the end users by these data centers.

Another top executive of Google, Ruth Porat, who is the CFO of Google and Alphabet (GOOGL), its parent body, has come up with similar plans earlier. He made a stopover in Michigan and announced an expansion plan that will include a whopping $17 million investment for expanding its offices in Ann Harbor and Detroit. Besides, the company is planning to expand its business in Texas very soon.

These are parts of plans of the company to go for a broader investment to further increase its physical appearance all throughout the United States, which will open new opportunities of hiring. Google had previously announced that it would invest $13 billion for its data centers as well as offices in over a dozen states in the US in 2019. This, the company believes will open avenues of tens of thousands of vacancies resulting in massive employment.

The move is likely to trigger off a new trend for the company.