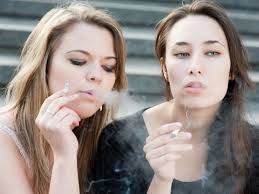 Smoking can be bad for the heart, especially in young women. Women who are under the age of 50 and smoke have a higher heart attack risk when compared against men, as per a study published in JACC on Monday. As per the US CDC, there is one heart attack occurring in the country every forty seconds.

Heart disease ranks as the top cause of death among men and women. Smoking, which may cause heart disease, ranks as the highest cause of all preventable deaths in the US. This is among the first researchers of its kind, quantifying the effects of smoking and comparing effects gender-wise, especially in those with acute STEMI.

This occurs when the heart’s arteries, responsible for the supply of blood and oxygen to a heart, get blocked. It is among the most hazardous variations of fatal heart disease. The condition STEMI and smoking have a relationship, with the latter is responsible of over 50% STEMI cases.

Researchers at STH NHS Foundation and Sheffield University researchers studied 3343 STEMI patients, treated during 2009-2014. Over 46% and 47% of female and males were smokers. It was discovered that smoking raised heart disease risks, but more so in women compared to men.

Estrogen is responsible for protecting women’s hearts from conditions. Chronic inflammation, caused by smoking, can also stress the heart. Women also have smaller hearts when compared to men and cannot take much stress. However, quitting smoking can easily reverse most of the damage endured by the heart.